Ross Fuller and Carla Greppi have endured COVID restrictions, delayed flights, hotel quarantine and the trauma of departing a country that had been home for soo long. But the long awaited arrival at the beginning of November represented a new dawn for both the internationally recognised Stud master, but also for Cornerstone Stud.

Ross Fuller, born into a Rhodesian farming family, honed his early skill set through the Thoroughbred Management and Equine Science course in West Oxford, prior to aiding Dick Fowlston at Britton House Stud for a number of season at his idyllic Somerset property. Incidentally, Dick Fowlston subsequently sold his Stud and come out to Australia for Tony Santic to establish what is now Rosemont Stud. 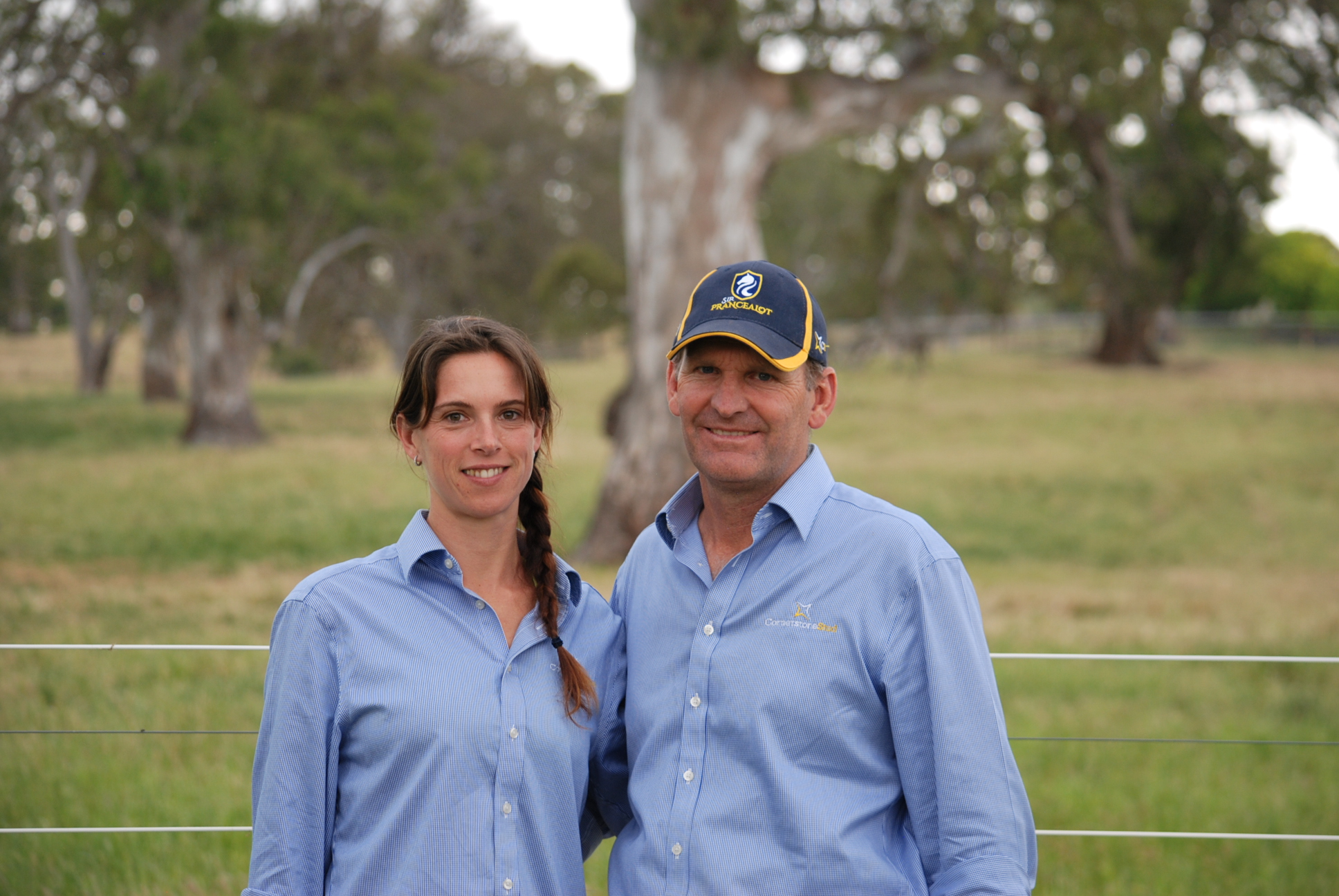 A return to Zimbabwe in the 90’s was only shortlived with the Mugabe land seizures of white farmers and Ross and his family lost the 4200ha farm and the stud that Ross was duly developing off of it. Seeking solace in neighbouring South Africa, Ross became Stud Manager at Wilgerbosdrift Stud Farm in Piketberg, before being recruited by Mrs Gaynor Rupert to establish Drakenstein Stud Farm.

18 years of service, saw Ross establish what is essentially one of the leading Stud farms in the world at Mrs Ruperts idyllic Franschhoek property. With a roster of 6 plus stallion, an operational team of 150 plus employees and broodmare band sourced from every racing jurisdiction in the world saw Ross as the instrumental figure in raising Champions like OH SUSANNA (AUS).

In 2019 Ross took on the role for the Kieswetter’s and helped them to develop Ridgemont Stud in the Western Cape. Like Drakenstein, Ridgemont is internationally acclaimed and with the drive from Kieswetter family it is likely to see this operation continue to expand beyond its existing roster of 4 stallions and band of highly acclaimed broodmares.

“The opportunity for Carla and I to make Australia home, was the instrumental reason in foregoing my role at Ridgemont. I have an enormous amount of respect for both the Kieswetter and Mrs Rupert, however I do believe the future is in Australia and the opportunity to work alongside Sam Hayes and the team is something that I couldn’t forgo.”

CARLA GREPPI an Italian national that also speaks French and English fluently.  After graduating from University of Turin – Italy – Carla worked at the University as junior veterinarian in the Equine department and in a small equine practice in Milan for a couple of years. In 2012, Carla started an equine rotating internship at DeMorette Equine Hospital in Belgium and then in 2013, started a standard equine internal medicine residency program (ECEIM) at University of Lyon, France. Upon completion of the three year program, Carla moved to South Africa and worked in neonatology and critical care internist and anesthesiologist at Drakenstein Veterinary Clinic.