Cornerstone to stand WORLD OF TROUBLE

Cornerstone to stand WORLD OF TROUBLE

WORLD OF TROUBLE SHUTTLING TO AUSTRALIA

World of Trouble, the fastest 3YO of his generation in North America by sire sensation Kantharos, will be shuttling to Australia in 2020 after recently retiring to stud at Hill ‘n’ Dale Farms in Kentucky.

In a deal brokered by de Burgh Equine, the multiple Group One winning turf sprinter will stand at Cornerstone Stud at a fee of $22,000 inc GST.

Famous for his blistering sectionals and front running tactics World of Trouble captured both the Group One Carter Handicap and the Group One Jaipur Invitational Stakes on the Belmont Park turf in 2019. He retired with a record of nine wins, two seconds and a third from 13 starts, ending his career with five straight victories.

“In the sixty years our family have been standing stallions this will be the fastest horse to step foot on our farm. How many horses can run 1:06 flat over six furlongs,” Cornerstone Stud’s Sam Hayes explained.

World of Trouble won seven of his last eight starts, with his only defeat coming against older horses in the 2018 Breeders’ Cup Turf Sprint where he finished second by a neck to the Champion US Sprinter of 2018. He ran 100+ Beyer Speed Figures in his last seven starts, which including an incredible 118 in the Turf Sprint, the highest 3-year-old Beyer figure of the year.

“Being a brilliantly fast outcross World of Trouble profiles perfectly for Australia and we are fortunate to be dealing with one of the most well-respected stud farms in Kentucky,” Hayes added.

“World of Trouble was uniquely talented as a Group One winner on both dirt and turf,” said Hill ‘n’ Dale president John Sikura. “Speed is a universally successful attribute for stallions in both hemispheres and World of Trouble was blindingly fast.”

In order to ensure that World of Trouble is given fitting support Cornerstone Stud will be offering a select number of Southern Hemisphere Breeding Rights to Australian Breeders. 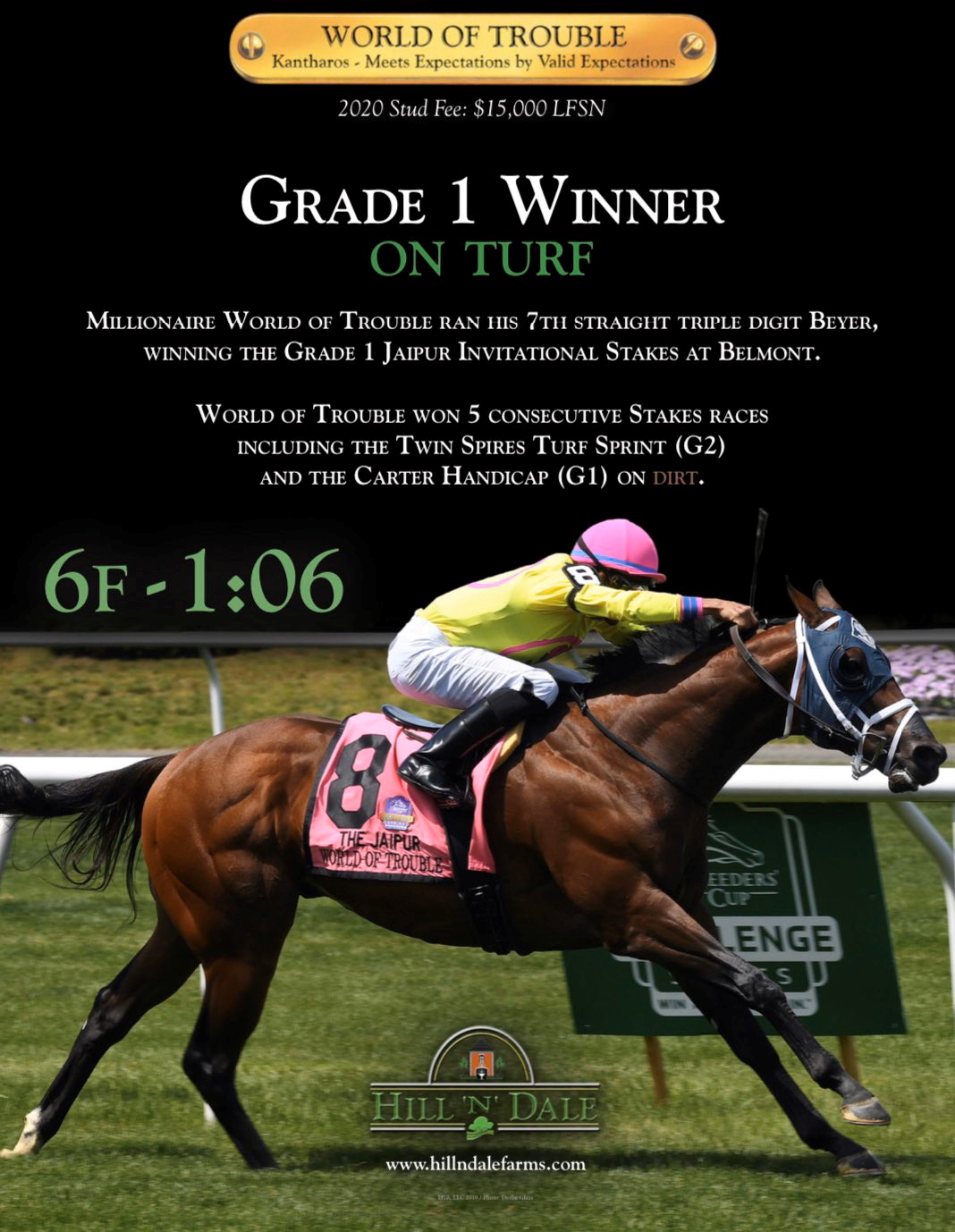