With AMBERDI running second in the Listed Penny Edition Stakes for Sue Jaensch, the 5yo mare’s performance did something quite notable for her sire AMBIDEXTER

From only 35 recorded foals in AMBIDEXTER’s first crop, this remarkable son of COMMANDS has produced 22 runners, at a nearly unrivalled 17 individual winners (77% runners to winners) and now with a highly marketable 9% Stakes horses to runners.

Like his sire COMMANDS, “Ambi” is a slow burner and with his oldest crop just turned five the cream is rising to the top and the pre-potency of this sire is beginning to be truly recognised. To further add substance to this observation, the winner of the last race at Morphettville on the final weekend of winter was DEXTER YOU DEVIL, a winner of 6 individual races; Like DEXELATATION, like MODULATE and could quite feasibly match AMBERDI’s 8 career wins in time. 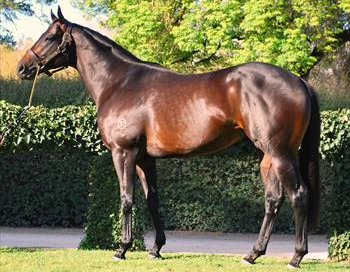 In short, AMBIDEXTER produces a horse that once seasoned, just keeps climbing through the rankings. They are unphased by the handicapper, they can sprint and they stay and to the casual punter that appear to just keep getting sounder. Such wonderful characteristics are reminiscent of the sire’s of yesteryear; “Trainer’s horses”.

So what is it that has AMBIDEXTER’s stock outperforming their maternal genetics and galloping into each new preparation and improving on their ratings? 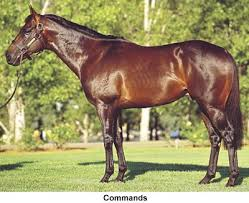 AMIBDEXTER, a son of Commands and a Woodlands product of the most regally bred son of DANEHILL. Ambidexter, like his father, was Group 1 performed, but only realised a minor Group win at three.

In much the same way as Commands is a son of the “blue-hen” Cotehele House and a grandson of Eight Carat, Ambidexter is a son of another “blue-hen” in Dexterous. Much like Commands is the lesser performed brother to DANEWIN, Ambidexter is the same to SKILLED and his ¾ brother SIDESTEP. So, from these notable similarities, father and son made conspicuous starts to their respective stud careers when comparing the 1st crop statistics of their progeny;

Yet both Commands and Ambidexter have shown their remarkable resilience and highly affable characteristic of creating horses that win; Commands 81% winners to runners compared to Ambidexter’s 77% (and climbing).

So anyone looking to breed a mare and experience the thrill of racing (and winning) with its progeny, should be more than just lured to a tale of comparison between father and son, they should be compelled to phone Sam P-G on 0430 309 428 and negotiate on the $5,500 service fee!